The women’s team of C.C.A.A. Rosario informed the International Fistball Association (IFA) recently about its withdrawal at the World Tour Finals in Salzburg.

Due to the critical economic conditions and badly injuries of some players the club had to take that decision.

The IFA Board of Directors decided in its last meeting that the women’s team of Union Haidlmair Schwingenschuh Nussbach overtake the starting right from C.C.A.A. Rosario. Union Nussbach finished last year’s World Tour season on rank 8 and is the next best team in the ranking. Therefore they are the first substitute if a team have to withdraw their participation.

Union Nussbach already confirmed their participation. In the official schedule, Nussbach takes the position of Rosario. 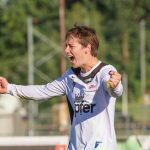